8 Reasons Too Much Sugar Is Bad For You

From bread to sauces to spreads, added sugar is found in even some of the most unexpected products.

Processed foods, which many people rely on for quick easy meals, often contain added sugar. This means they take up a much larger proportion of your daily calorie intake.

Experts believe that sugar consumption is a major cause of obesity and many chronic diseases such as Type 2 diabetes.

Heres 12 reasons why too much sugar is terrible for your health.

Rates of obesity are rising worldwide and added sugar, especially from sugar-sweetened beverages, is thought to be one of the main culprits.
Sugar-sweetened drinks like sodas, juices, and sweet teas are loaded with fructose, a type of simple sugar.
Sugary beverages don’t curb your hunger, making it easy to quickly consume a high number of liquid calories. This can lead to weight gain.
Research has consistently shown that people who drink sugary beverages, such as soda and juice, weigh more than people who don’t
Also, drinking a lot of sugar-sweetened beverages is linked to an increased amount of visceral fat, a kind of deep belly fat associated with conditions like diabetes and heart disease.

2. May Increase Your Risk of Depression

While a healthy diet can help improve your mood, a diet high in added sugar and processed foods may increase your chances of developing depression.
Consuming a lot of processed foods, including high-sugar products such as cakes and sugary drinks, has been associated with a higher risk of depression*.
Researchers believe that blood sugar swings, neurotransmitter dysregulation, and inflammation may all be reasons for sugar’s detrimental impact on mental health*.
A study following 8,000 people for 22 years showed that men who consumed 67 grams or more of sugar per day were 23% more likely to develop depression than men who ate less than 40 grams per day.

3. Drains You of Your Energy

Foods high in added sugar quickly spike blood sugar and insulin levels, leading to increased energy.
However, this rise in energy levels is fleeting.
Products that are loaded with sugar but lacking in protein, fiber, or fat lead to a brief energy boost that’s quickly followed by a sharp drop in blood sugar, often referred to as a crash*.
Having constant blood sugar swings can lead to major fluctuations in energy levels*. To avoid this energy-draining cycle, choose carb sources that are low in added sugar and rich in fiber. Pairing carbs with protein or fat is another great way to keep your blood sugar and energy levels stable.
For example, eating an apple along with a small handful of almonds is an excellent snack for prolonged, consistent energy levels.

4. Has Been Linked to Acne

A diet high in refined carbs, including sugary foods and drinks, has been associated with a higher risk of developing acne.
Foods with a high glycemic index, such as processed sweets, raise your blood sugar more rapidly than foods with a lower glycemic index.
Studies have shown that low-glycemic diets are associated with a reduced acne risk, while high-glycemic diets are linked to a greater risk*.
For example, a study in 2,300 teens demonstrated that those who frequently consumed added sugar had a 30% greater risk of developing acne*.
Also, many population studies have shown that rural communities that consume traditional, non-processed foods have almost non-existent rates of acne, compared to more urban, high-income areas.

5. Increases Your Risk of Type 2 Diabetes

The worldwide prevalence of diabetes has more than doubled over the past 30 years*.
Though there are many reasons for this, there is a clear link between excessive sugar consumption and diabetes risk.
Obesity, which is often caused by consuming too much sugar, is considered the strongest risk factor for diabetes*.
What’s more, prolonged high-sugar consumption drives resistance to insulin, a hormone produced by the pancreas that regulates blood sugar levels.
Insulin resistance causes blood sugar levels to rise and strongly increases your risk of diabetes.
A population study comprising over 175 countries found that the risk of developing diabetes grew by 1.1% for every 150 calories of sugar, or about one can of soda, consumed per day*.

6. Can Accelerate your Skin Aging

Wrinkles are a natural sign of aging. They appear eventually, regardless of your health.
However, poor food choices can worsen wrinkles and speed the skin aging process.
Advanced glycation end products (AGEs) are compounds formed by reactions between sugar and protein in your body. They are suspected to play a key role in skin aging*.
Consuming a diet high in refined carbs and sugar leads to the production of AGEs, which may cause your skin to age prematurely. AGEs damage collagen and elastin, which are proteins that help the skin stretch and keep its youthful appearance.
When collagen and elastin become damaged, the skin loses its firmness and begins to sag.

In one study, women who consumed more carbs, including added sugars, had a more wrinkled appearance than women on a high-protein, lower-carb diet*. The researchers concluded that a lower intake of carbs was associated with better skin-aging appearance.

We've talked about increased rates of depression and a lack of energy. So it makes sense that sugar can affect your mood.In healthy young people, the ability to process emotion is compromised with elevated blood glucose, according to a brain imaging study.

One of the largest studies to link sugar with depression—an analysis of dietary consumption and mood of 23,245 individuals enrolled in the Whitehall II study—found higher rates of sugar consumption was associated with a greater incidence of depression.

An obvious yet not emphasised enough point. Everyone knows bacteria in the mouth loves sugar, sweets, candy and soda, but did you know any starch can start this off? Bread, potatoes, rice. And what about the acid in the soda and juice which break down the enamel? Dental decay and tooth removal is the number one reason for hospital admissions among children.
Think about all the dentist bills you could save on if you just cut out sugar! 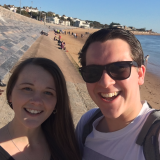 Comments will be approved before showing up.

Allulose is a rare sugar with the same chemical formula as fructose. Because it isn't metabolized by the body, it does not raise blood sugar or insulin levels and provides minimal calories.
Read More

Get our favourite recipes, new releases and

a 10% OFF coupon for your first order!